×
If you belive yourself, anything is possible.
--Your friends at LectureNotes
Close

Note for Microprocessor and Microcontroller - MPMC by P Praveen Kumar

Note for Microprocessor and Microcontroller - MPMC by P Praveen Kumar 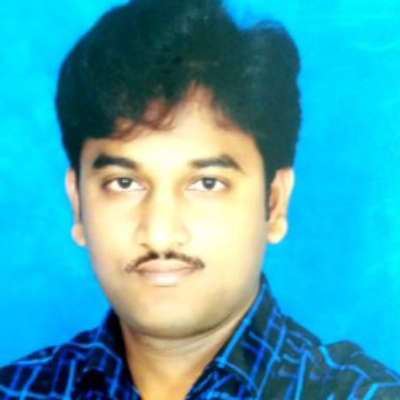 www.jntuworld.com www.jwjobs.net UNIT-I INTRODUCTION TO MICROPROCESSOR A common way of categorizing microprocessors is by the no. of bits that their ALU can work with at a time. (i) The first commercially available microprocessor was the INTEL 4004, produced in 1971. It has 3200 PMOS transistors. It is a 4-bit device used in calculator. (ii) In 1972, Intel came out with the 8008 which is 8-bit. (iii) In 1974, Intel announced the 8080, which had a larger instruction set then 8008 8080 used NMOS transistors, so it operated much faster than the 8008. The 8080 is referred to as a “Second generation Microprocessor” (iv) Next Motorola came out with the MC6800, another 8-bit CPU The 6800 had the advantage that it req. only a +5v supply rather than -5v, +5v 5+12 v (v) Next is the MOS technology 6502 CPU used in Apple II microcomputer, and zilogz80, used as CPU in the Radio shack TRS-80 micro computer (vi) Dedicated or Embedded controllers: In 1976, Intel introduced the 8048, which contains an 8-bit CPU, RAM, ROM and some I/O parts all in one 40-pin package. These devices are often referred to as Microcontrollers. (vii) Bit Slice Processors: An advanced micro devices 2900 family of devices. It includes 4-bit ALUS, MUXS. The term slice comes from the fact that these parts can be connectd in parallel to work. (viii) General Purpose CPUS: After Motorola came out with MC6800, Intel produced the 8085, an up grade of 8080 that required +5V supply. Motorola then produced MC6809 (8-bit) In 1978, Intel came out with the 8086, which is16-bit processor. Next Motorola came out with 16-bit MC68000. The last evolution s 32-bit processor, Intel 80386, MC68020. COMPONENTS OF MICROCOMPUTER Key board: Through which instructions are enters into the microcomputer. Display Device: displays messages and results. ROM: Permanent programs are stored. RAM: temporary or trail programs are written. Computer uses for storing temporary int. during program execution. CPU: Manages entire operation Takes i/ps from permanent programs stored in the ROM or temporary in RAM on the basis of an Instruction set that is recognized by the CPU It also takes i/p form the keyboard (or from other peripheral devices) or gives o/p to the Display device (or to other peripheral device through appropriate interfaces. CLOCK: (square wave oscillator) which drives the CPU to perform at a certain rate. www.jntuworld.com

www.jntuworld.com www.jwjobs.net The Keyboard: It is a set of keys through which a user can enter a program, put in necessary data, and interact with the computer through appropriate commands. The Keyboard Interface: The keyboard operation, i.e, pressing of keys (switch closures), does not usually generate signals which can be directly used by the computer, it should be transformed into format that can be recognized by the computer. This is done by the keyboard Interface which takes the inputs from the keyboard and generates o/ps in suitable format based on information which is characteristic of the key pressed. The Display: Through the display element, the computer sends out information, such as results of any calculation it has carried out a cc. to some program, infer on the status of computer. The Display Interface: Like the keyboard Interface, an appropriate interface is normally necessary for taking information from the computer operation control and making it available to the display device in the appropriate format. This is done by the Display Interface. Beyond the Display Interface, but before the display element (such as CED) there is oft a need of power amplifying devices, b/c the final display device generally needs a power level not ordinarily available form the interface integrated circuit. The Read Only Memory (ROM): The permanent memory device/area is called ROM, because whatever be the memory contents of ROMs, they cannot be over written with some other information. For a blank ROM, the manufacturer supplies the device without any inf. In it, information can be entered electrically into the memory space. This is called burning a ROM or PROM. There is a type of PROM whose contents can be erased by shining UV radiation on memory area; these devices are called EROMS – Erasable PROMS. There is yet another type of PROM which can be erased by giving appropriate electrical signals, these are called E2PROMS (Electrically Erasable PROMS) Burning can be done by allowing a string of signal pulses into the PROM device and holding a designated IC pin at some prescribed high voltage. Many permanent programs are stored in ROMS. The Random Access Memory (RAM): Besides the ROM area, every computer has some memory space for temporary storage of data as well as for programs under development. These memory devices are RAMs or Read – write memory. The contents of it are not permanent and are altered when power is turned off. So the RAM memory is considered to be volatile memory. When alternate power, such as in the form of a battery, is provided, the RAM is then said to have a battery back-up. The Central Processing Unit (CPU): This device coordinates all operations of a micro computer. It fetches programs stored in ROM‟s or RAMs and executes the instructions depending one a specific Instructions set, which is characteristic of each type of CPU, and which is recognized by the CPU. www.jntuworld.com

www.jntuworld.com www.jwjobs.net The process of converging attention onto a certain memory location is done by theDPU by providing specific signals on the address lines that emerge from the CPU and are connected to the memory devices, and data is read by the CPU through asset of data lines that run b/w the memory devices and the CPU In fact, reading the contents of a certain memory location or writing at a certain memory location is done by the same set of address and data lines, whether the CPU is to do read/write or do an I/O operation depends on the status of control lines that come out of the CPU. Thus, for a Read operation, the Read line is made active, for a write operation, the write line is made active, and like wise for an I/O operation. While the CPU is running a program, it can be interrupted, for this purpose the CPU has a no. of Interrupt lines. An active signal on any one of these lines interrupts the on going CPU operation, and makes it run another program on priority basis, after which it returns to the original program. Besides the parallel data lines, CPU s also provide serial data input and o/p lines. ADDRESS lines/ Address Bus: The address lines originate from the CPU, the exact no. of these lines depends on the specific CPU, the larger the no. of lines, the greater the capacity to provide alternative addresses and hence greater addressing capability. With n address lines: add. Capability is 2n. For 16 address lines: add. Capability is 216. Besides their use for memory Read /write app., the address lines could be selectively combined through logic ckts. {decoders) to provide outputs only when certain specific addresses are present, which could be used to selectively turn ON specific ICs, these o/p lines then act as chip selects or chip enables. The set of address lines is also called address bus. Data Lines/Data Bus: The no .of data lines, like add. Lines vary with the specific CPU The set of data lines is database like the add. Bus Unlike add. Bus, the data bus is bidirectional because while the information on the add. Bus always flows out of the CPU; the data can flow both out of the CPU as well as into the CPU. Control lines/ control Bus: The no . of control lines also depends on the specific CPU one is using. Ex : Read, Write lines are examples of control lines Status lines: It provides information about the nature of instruction execution that is being carried out at a given time by the CPU www.jntuworld.com

www.jntuworld.com www.jwjobs.net CLOCK The clock is a symmetrical square wave signal that drives the CPU In many primitive microcomputers, the clock signal had to be generated outside the CPU, but in many CPUs the clock signal gets generated inside the CPU (with a quart and crystal and a few passive components connected externally. Operation: The clock signal drives the CPU; the address bus, data bus and control bus come out of CPU and go to ROMs, RAM and Display/ Keyboard Interfaces. The chip selects are generated by decoding the address bus, and the individual chip selects are feeded to all components including the peripheral device. The interrupt lines go to appropriate pins of the CPU either directly from the keyboard, or from other peripheral devices. The 8085 CPU Architecture of a Microprocessor: The salient features of 8085 μp are: • It is a 8 bit microprocessor. • It is manufactured with N-MOS technology. • It has 16-bit address bus and hence can address up to 216 = 65536 bytes (64KB) memory locations through A -A . 0 15 • The first 8 lines of address bus and 8 lines of data bus are multiplexed AD – AD . 0 www.jntuworld.com 7